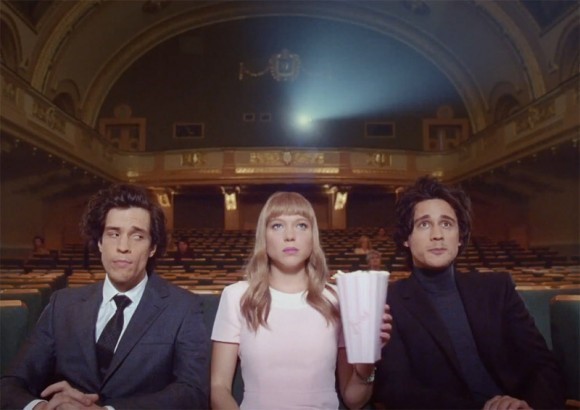 Without meaning to she’d arranged two dates on the same evening.

They were both called James, and this was where the whole confusion had started really.

After downloading the app she’d spent hours swiping left or right. Generally, it was much more left than right. There were some strange characters on there.

So, when she found James she was excited to talk to him.

“Hang on a minute Rubes, which James are you talking about?”

Ruby picked up her phone, she wasn’t sure. Clicking on the app her eyes were drawn to a six-pack. A topless man was staring back at her through the screen. She swiped through the photos, another topless photo, a selfie in the gym, a group photo on holiday; she couldn’t tell which was him. LEFT. Going into her matches she found James,

“OK, from now on let’s call him springer spaniel James” Karen said, pulling Ruby from her daze. “Who’s the other one?”

Ruby looked back through her phone to find the other match listed as James.

“James, 29, likes cooking and watching movies snuggling up with a glass of red wine.”

That sounded lovely, a glass of red wine and a cuddle is exactly what she thought she was missing. “Right,” her housemate decided, “he can be Red Wine James.” She leaned back into the sofa, sipping on her own glass of red wine. She loved Ruby like a sister and couldn’t help but laugh when she came to her with these miniature crises.

“OK, so tell me what actually happened?”

Ruby put her drink down. She knew when she started telling stories she started gesticulating madly with her hands and didn’t want to spill the wine.

“Well, it was all very confusing to be honest. I matched with them, like, at the same time and they both started talking to me.”

Whilst Karen listened she explained how she was telling both James’ about her new resolution to run the London Marathon and how she was trying to train for it but so far could only run a few miles and how she regretted saying she’d do it but she had told all her family and friends about it and she couldn’t really back out now.

“So then,” she continued, “randomly James, red wine James, asked me if I’d like to go out for dinner on Saturday night.”  She shook her head and looked up the ceiling, as though asking someone from above to help her. Karen urged her to continue.

“I messaged back saying Yes” she sighed, “then I added, maybe just a drink on Saturday, see how it goes?”

Karen was surprised, Ruby normally jumped in head first and had planned numerous weddings on the taxi rides to her first dates. She was pleased that her friend had managed to restrain herself and told her so.

“Oh but don’t you see,” Ruby cried, “the second bit of the message went to the wrong James.”

Ruby showed Karen the messages on her phone so she could see what had happened.

“So,” Karen said, elongating the word longer than necessary, “Basically Red Wine James asked you out for dinner on Saturday and you asked Springer Spaniel James out for a drink on Saturday.”

“Yes!” Ruby cried, “and that’s how I’ve managed to arrange two dates on the same evening without meaning to!”

Published by Time to start

View all posts by Time to start